Top 10 Influencers Who Are Changing the Healthcare Landscape 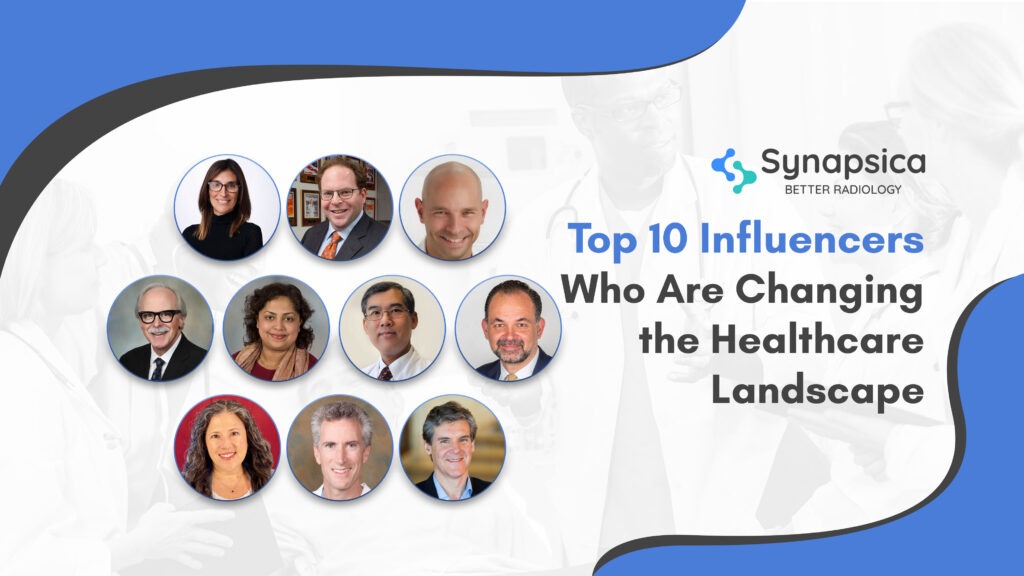 Healthcare industry has tremendously changed in the past decade. Most of us are aware of how the internet era and the evolution of mobile networks and cloud services have changed healthcare. For instance, today doctor appointments are just a click away.

But, what we are not aware of is how much those selfless and incomparable hard-working medical professionals have dedicated themselves to the evolution of healthcare. And here are 10 spine health influencers who have and are changing the history of healthcare with their commendable contributions and services.

Dr. Michael Fehlings is the co-director of the University of Toronto spine program. He is also the Vice Chair of Research for the Department of Surgery and a professor of Neurosurgery at the University of Toronto. He has published over 900 peer-reviewed articles, primarily on the topics of complex spine surgery and spinal cord injury. His current research work focuses on discovering novel treatments for traumatic as well as non-traumatic forms of spinal cord injuries.

Dr. Michael Fehlings is also the recipient of numerous prominent awards, including the Lister Award in Surgical Research, the Leon Wiltse award for excellence in leadership and/or clinical research in spine care, the Olivecrona Award for his important contributions to spinal cord injury, and many such for his valuable contribution to spine care and neurosurgery.

Dr. Michael T. Lawton is a member of numerous scientific and educational committees, including the American Association of Neurological Surgeons, the World Academy of Neurological Surgery, etc. Dr. Lawton has also published over 700 peer-reviewed articles and 6 single-author textbooks. He has also co-founded a teaching mission, BRAIN, to raise the quality of neurosurgery practices in developed countries.

Dr. Nina Kottler is the Chief Medical Officer for clinical AI at Radiology Partners (RP) and an associate fellow at the Stanford AIMI Center. She is still a practicing radiologist at RP and is the first radiologist in this practice. She also runs RP’s internal teleradiology service and grew this service 22-fold in a time of 3.5 years. Dr. Nina is also part of RP’s Clinical Value Team in which she helped RP create its first machine learning tool – recoMD – a clinical decision support tool for radiologists, available at the point of dictation.

Dr. Nina Kottler has over 16 years of experience in emergency radiology and aspires to use AI to improve the quality of radiology services and healthcare delivery. She is the recipient of the Trailblazer Award – an award to recognize pioneering female leaders in the field of imaging informatics. She is part of numerous committees like RSNA Informatics Committee, ACR’s Quality and Safety Conference Planning Committee, SIIM Machine Learning Committee, and also serves on the advisory board of Synapsica – a leading AI health tech firm in spine radiology and spine reporting.

Dr. Erin has published numerous articles and books in the areas of pediatric neuroradiology, prenatal spine imaging, brain and spine injuries in infancy and childhood, prenatal diagnosis and therapy, etc. The pediatric neuroradiologist has also bagged numerous prestigious awards and is the chief editor (and the first women editor) of Applied Radiology – a premier journal in the field of medical imaging.

Dr. Michael Fuchsjäger, MD, is the Chairman of the department of radiology and a professor at the Medical University of Graz, Austria. He was also a research scholar in the radiology department of Memorial Sloan-Kettering Cancer Center in New York and the Chair of the Clinical Imaging Institute at Al Ain Hospital in Abu Dhabi.

Prof. Dr. Fuchsjäger’s clinical and academic interest revolves around breast radiology and intervention. He is also a member of numerous national and international radiology and senology societies like the European Society of Radiology, where he is currently the Chairman of the Board.

Prof Fuchsjäger has published over 80 scientific manuscripts and given more than 200 scientific lectures and 600 educational lectures at numerous prestigious radiology conferences worldwide throughout his career.

Dr. Hirsch’s innovative treatments have been featured on the front page of the health section of the Boston Globe twice. He is also on the editorial advisory board for the Pain Physician journal.

Dr. Keith E.Tansey is a senior scientist in the NeuroRobotics Lab at the Center for Neuroscience and Neurological Recovery. He also serves as a professor in the Departments of Neurosurgery and Neurobiology at the University of Mississippi Medical Center. He also works as a physician in the Research and Spinal Cord Injury Medicine Services at the Jackson VA Medical Center.

Dr. Tansey is board-certified in neuroradiology and serves as the president of the American Spinal Injury Association. He is currently a part of numerous national and international boards for spinal cord injury research. Dr. Tansey has authored and co-authored over 40 articles in peer-reviewed publications, five book chapters, and over 100 abstracts and has won numerous awards for his teaching and research in neurosciences.

Dr. Ross has given more than 160 postgraduate talks on various neuroradiologic imaging topics, from brain tumors to spinal disc disease. He has also given over 70 scientific lectures, published over 90 peer-reviewed articles, and authored/co-authored 11 books. He was the first President of the American Society of Spine Radiology (ASSR) which is now an integral part of the American Society of Neuroradiology.

Dr. Alexandre Cadrin-Chenevert is an MD radiologist and a computer engineer who is actively working on the application of AI and deep learning in healthcare. Dr. Alexandre believes that the quality of healthcare services can be incredibly improved by combining the output of AI algorithms with the work of medical experts.

Dr. Alexandre also believes that deep learning has numerous applications in the field of medical research. He claims that applying machine learning to medical problems will add invaluable insights and will help physicians find tons of new anatomical, pathological, and physiological correlations which will help get a deeper understanding of the human body and its evolution.

As rightly said by Carl Jung, “Medicine cure diseases but only doctors can cure physicians.”

This article is a big shout-out to not just the above-mentioned physicians, but all the physicians and other healthcare professionals worldwide who put their professional lives before their personal lives and work tirelessly for our well-being and healthy life.

Let's get in touch

Give us a call or fill in the form below and we will contact you. We endeavor to answer all inquiries within 24 hours on business days.
+91-80471-91921
info@synapsica.com

How can we get in Touch?